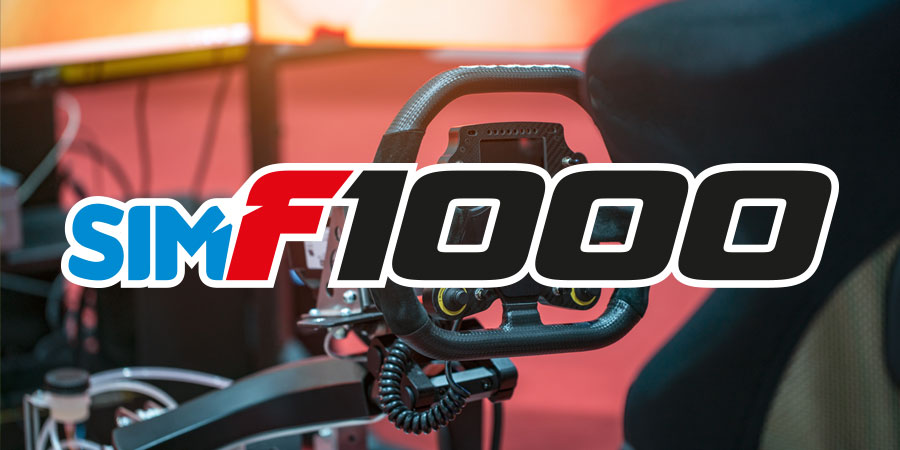 The Virtual Racing Association will be hosting the newly created eSports championship owned by F1000 Ltd that will run alongside the Speed Group F1000 Championship.

Designed to be different, simF1000 will provide simracers with the opportunity to compete at virtual circuits such Monza, Spa and Yas Marina South Circuit with the possibility of being awarded a prize of Circuit Champion, much like in the real world championship.

“We’re delighted to be the prime partner in this venture,” said Mark Ingram, CEO of Logomeup. “As the official teamwear supplier for Speedgroup F1000 Championship, it seemed the logical step to continue our support. We’ll be awarding the Circuit Champions as well as the year end trophies. There will be a webshop so simF1000 racers and fans have access to their own clothing range.”

The championship will run on Forza Motorsport 7 and will consist of six rounds with a media day on 24th February at Silverstone National hosted by the Virtual Racing Association, this media day coincides with Jedi Racing Cars and the Speed Group F1000 Championship exhibiting at the Race Retro Show at Stoneleigh Park.

Frazer Corbyn, F1000 UK Director, said, “As a company we decided to move into eSports for a variety of reasons. It’s a way to create awareness for our main F1000 championship and give further exposure to our sponsors who suit this type of platform, such as Logomeup and Sonic Tools. We’ve also had a few drivers suggesting it might be a good idea, especially if we added in different circuits. At the moment we’ve focused on developing a rewarding eSports experience with players being awarded for their achievements. simF1000 is not intended to be a serious Jedi F1000 racing car simulator, as that is what our partners at iZone Performance have developed. However, eSports is a growing platform and adds an extra dimension to our brand and existing championship.”

The UK is the fifth biggest consumer market for games in the world & eSports promotes teamwork and communication, develops communities and provides jobs with many seeing it as the future of driver development for the motorsport industry within the UK.

The Virtual Racing Association is officially recognised as a leading promotor of Sim Racing and eSports within Forza Motorsport and Project cars, recognized by the International Sim Racing Federation as helping promote Sim Racing by hosting officially sanctioned championships events for the likes of WTCC, Britcar, Porsche GB and now simF1000. “We are excited to be hosting the inaugural simF1000 championship in 2018 following the success we had in 2017 with our other motorsport partners,” said Matt Gale CEO of the VRA. “To be adding simF1000 to our season goes to show that there are events like these that are beginning to change people’s perception of simracing from merely a gaming platform to giving those who follow or are involved in motorsport, a real chance to emulate their heroes and possibly take home a recognized championship title.”