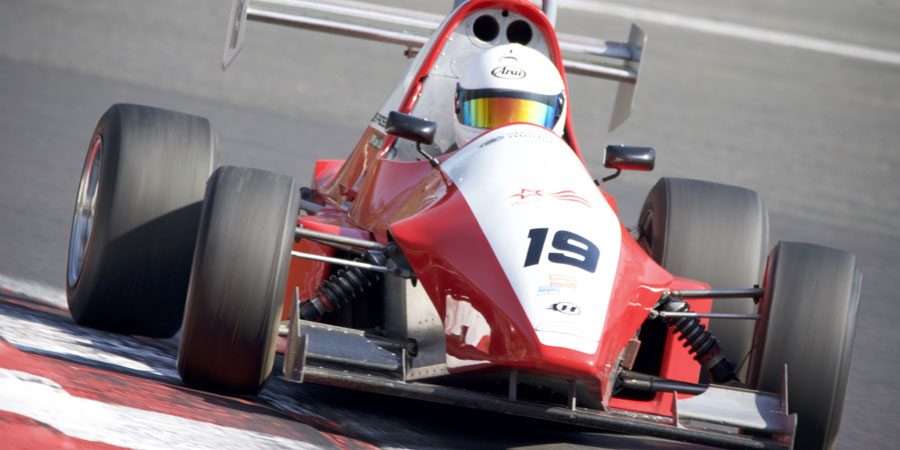 Dan Clowes took victory in the first Formula Jedi race, after a long battle with defending champion Rob Sayell. Lee Morgan started from pole but was eliminated in a first lap clash with Paul Butcher. After a brief Code 60, Sayell caught Kris Prosser and Stuart Abbott napping at the restart and pounced to move up from fourth to second. Sayell closed in as the laps ticked down, but Clowes held firm to take a narrow win.

In race two, Prosser scored his first victory in the series, after Morgan retired from the lead with an engine failure two laps from the end. It was a bitter pill to swallow for Morgan, who had fought his way through the field to take the lead with a stunning move on Prosser at Paddock Hill. Bryony King took her first podium finish in the series in second, with Butcher completing the podium in third.

Further news from the weekend

After starting fourth in the reverse grid race, Michael Watton got to the front almost immediately. He pulled out a healthy lead of over 4 seconds and looked certain of the race victory only to be side lined by a mechanical fault. A despondent Watton was left wondering what he had to do to win another race, his only other victory having been at the start of the 2015 season.

A late entry to the field was Brazilian driver Maurilio Rodrigues who came into the race weekend after only briefly testing the car during the week leading up to the meeting. After flying in solely to compete at Brands Hatch, Rodrigues had a best finish of eighth place.

You are here: Home > News > Prosser on Top After Formula Jedi 2017 Opening Rounds