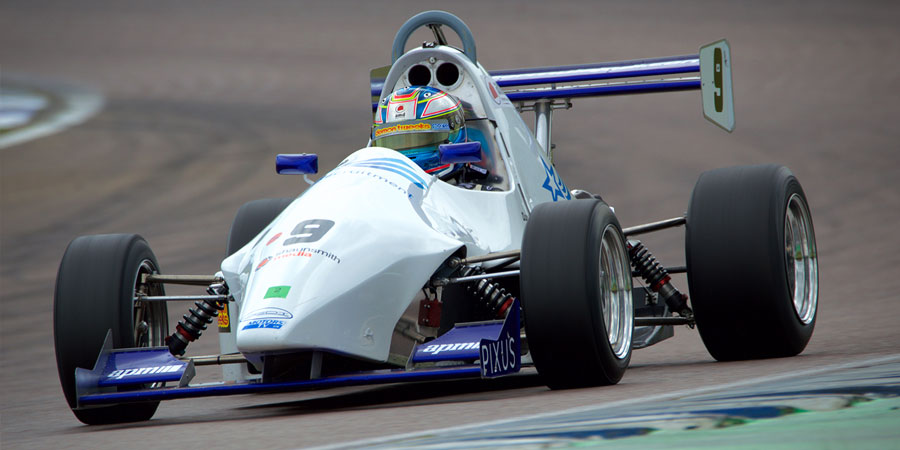 Wins for Dunn and Sayell as Butcher Takes Championship Lead

Andrew Dunn and Rob Sayell proved to be the men to beat as they shared the wins: Dunn in Race 1 and Sayell in Race 2. In the race that they didn’t win both drivers still scored podium results, Sayell finishing third in the first encounter and Dunn finishing runner up to Sayell in the second. Paul Butcher was also a regular podium visitor with two solid drives netting him a second and a third, enough to see him now lead the point’s table. Butcher almost scored a victory in the first race, but lost out to Dunn on the last lap after a thrilling race long battle.

Other notable performances from the weekend included drives from Bryony King and Adam Walker, as both enjoyed their best results of the season so far. Only being able to compete on the Sunday, returning former Champion Lee Morgan took pole and comfortably lead race 2 but was unfortunately forced out with engine issues.

You are here: Home > News > Wins for Dunn and Sayell as Butcher Takes Championship Lead